Joint winners of the Ivan Marshall Merit Award for an outstanding contribution to football in Mid Ulster were Carol McAree of Dungannon Swifts FC and Aidan Murphy of Armagh City FC.

Carol, nominated by Simon Graham, for her lifetime of service as treasurer and chief fundraiser at the club, especially in recent times when the club successfully completed the Joe McAree 4G pitch/arena for Dungannon Youth.

Aidan Murphy of Armagh City FC, nominated by Brian Larkin, for his lifelong service to his club in so many roles and at various levels of football inc IFA Board, still a member of the IFA Foundation (charitable wing).

Aidan also picked up his Life Membership award from his former Council colleagues, after recently retiring from the MUFA after many years of service to Mid Ulster football. 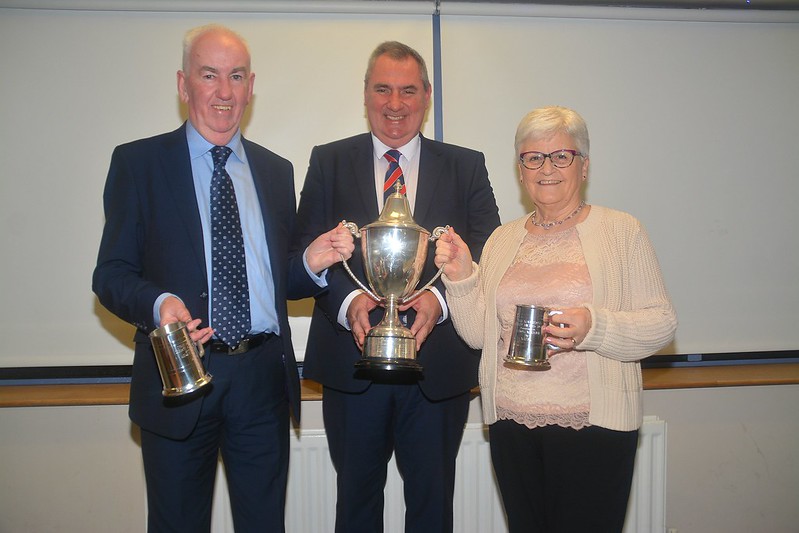