Camlough, appearing in their first Ladies Mid Ulster Cup Final, were caught cold to concede a goal in the opening minute.  A competitive half followed but the more experienced MU Ladies doubled their lead by the break.

The second half followed a similar pattern.  Again, Camlough were caught cold in the opening minute to go 3-0 down and another competitive half followed.  MU Ladies capped their win late on with the goal of the night, a looped curling shot from the left edge of the penalty area to seal a 4-0 win.

After a great speech heaping praise and encouraging Camlough for a fine effort, as well as lauding her own team on also winning promotion back to the NIFL Premiership, MU Ladies stalwart and skipper Karen Donnell was presented with the Cup alongside vice captain Mykylea Stewart from the FIFA Vice President and sponsor Alan Donaldson / Euro-Electrix.

Mid Ulster’s very impressive Aimee McClure, who scored a brace of goals too, was awarded the Player of the Match trophy.  While, Lucy Badger also netted a fine brace of goals. 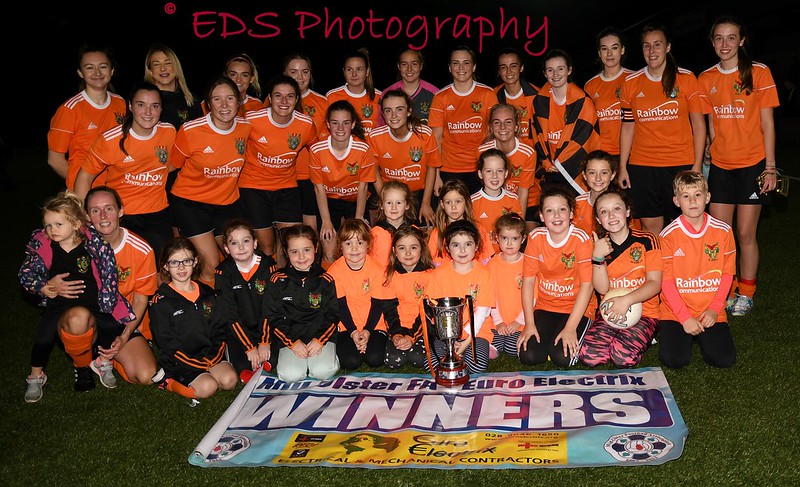