To win their second Bob Radcliffe trophy in their history, Dollingstown had to overcome a strong Armagh City, the reigning champions and current NIFL PIL table toppers, in this morning’s Final at Loughgall FC’s Lakeview Park before a bumper Christmas crowd.

A tight match throughout played in a fine competitive spirit, well refereed by Neil McArdle and his assistants.  After defending solidly and some impressive goalkeeping by Gareth Buchanan, Dollingstown broke the deadlock just before half time with a left foot low strike from striker Gareth Liggett, just inside the penalty area.

Armagh threatened in the 2nd half but Dollingstown again defended solidly, set up well by Stephen Uprichard and his management team, with skipper Jake Redpath leading on the park.  Right at the end Dollingstown broke to score through a low sure finish by attacker Mark McCabe from wide, to seal a 2-0 win.

While congratulations  to Dollingstown, recognition also for a fine final to Armagh City, who the MUFA wish well in their pursuit of the NIFL PIL title from their current table topping position. 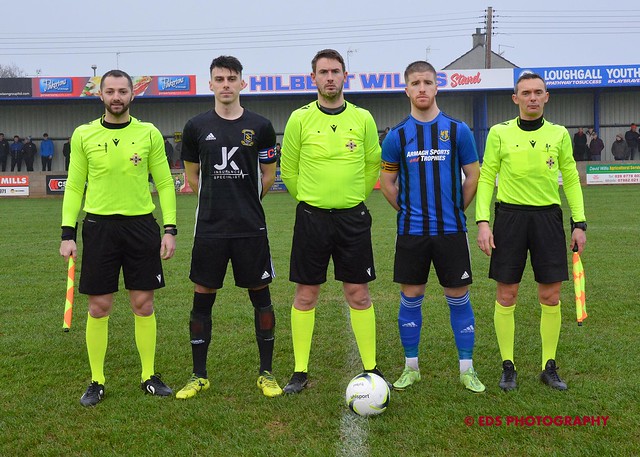