Congratulations to Cleary Celtic on winning the Euro Electrix Ivan Marshall Mid Ulster Shield. Commiserations to Portadown BBOB, who also played their part in a fine final, before a sizeable crowd creating a rousy atmosphere at Armagh City’s Holm Park.

It was a close competitive final, with referee Stuart McClelland and his assistants strong throughout.  Indeed, within the opening minute the referee had a big call to make when he sent off a Portadown player for pulling back a Cleary attacker running through on goal on the edge of the penalty box.
After having a man sent off, Portadown regrouped and went on to open the scoring on 19 minutes with a low drilled shot across goal from Josh Mathers on the right side inside the penalty area.
A tight contest continued and just before the break, on 37 minutes, Cleary scored an important equaliser with Stephen McCabe meeting a cross from the right with a powerful close range header.
The second half continued with a tight contest.  However, on 81 minutes, Cleary scored the all important winner when Declan Loye headed home a corner kick from the left.
Cleary’s goalscoring winner & number 7, Loye, won the Man of the Match Award, just edging quite a few contenders from each side, and was presented with the trophy in honour of former MUFA Secretary, the late Billy McVicker, by daughter Mary. 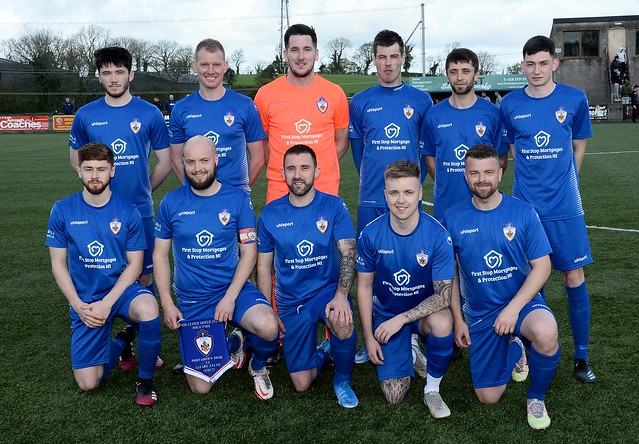